From addicted musician to professional therapist:
Though the drugs have gone, the music goes on strong 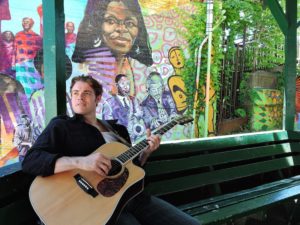 In the end, the light at the end of the tunnel had shrunk down to a tiny pinhole and all around me was a roiling universe of self-hatred, hopelessness, and fear. That’s where addiction took me.  What had once filled the hole in my chest and given me a sense of confidence, excitement, and calm, had become an insatiable need. And what had once quieted my fiercest inner critic was now fueling his viciousness. Thankfully I was offered an alternative to suicide, and I took it, thinking, “If this doesn’t work, I can always kill myself tomorrow.” And so I went back to recovery with a little hope and a load of desperation.

Like many future addicts, I started young with risky behaviors: I loved to steal!  I was defiant, obsessive, and impulsive, and that was the perfect recipe for petty larceny. First it was candy and later it was chewing tobacco, snuff, cigars, cigarettes… You know, all the stuff a kid’s forbidden to have. And in middle school I started stealing liquor from my parents and smoking weed.  The one bright spot in my childhood is singing the choir. I discovered something that I liked about myself despite all the negative attention I was getting because of my behavior. Truth is…

I never wanted to play by the rules. I felt like they just didn’t apply to me.

Skipping school, fighting, drinking at school dances, and getting suspended pretty much sums up my middle school experience. So my parents sent me to Catholic high school in the city for closer supervision. Little did they know that the opposite was true. I figured I could do better on my own and decided to steal mom’s ATM card and buy a bus ticket to California. I was a pathetic runaway and spent a week in Denver “juvy” (juvenile detention) and a week in a Chicago group home. After that I became an expert at lip service. I figured I’d wait it out and finish high school and then I could do whatever I wanted.

It wasn’t until my senior year when the consequences of my using really caught up with me. Mom issued an ultimatum: get clean or get out.

I started going to recovery meetings and got a sponsor and home group. I changed people, places and things. And I stayed clean & sober…  for 13 months. I discovered that there was a part of me that wanted to be healthy… and could be with the right support. Nonetheless…

I just didn’t take my recovery with me.

My first clean time was November 1, 1993 through Thanksgiving of 1994, nearly all of my senior year of high school. I went to Penn State Beaver in the fall of 1994. Unfortunately, not long after starting at Penn State, I relapsed. Little did I know at the time, but this was just the start of a 20-year run of drug and alcohol abuse.

Even though I did graduate from college I couldn’t stop partying long enough to capitalize on my degree and get a professional job. So throughout my 20’s, I worked construction and played in bands for pennies.  I told myself…

At 29, I was diagnosed with hypothyroidism. Although it was a valid diagnosis, I used it as an excuse for my depression. In reality, alcohol and drugs were changing me into a hopeless, angry person. But I refused to see it. And I continued to deny that I was an alcoholic and addict for another decade. I lost a bunch of jobs, and I didn’t play many gigs because I was more interested in getting messed up. Those years flew by in a drunken blur. I still wish I could have these years back, but around 36 I started thinking… 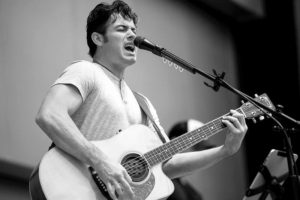 In 2010, I enrolled at The University of Pittsburgh School of Social Work. And though I wanted to help others, I couldn’t help myself. I was terrified that I might be found out. But I still wasn’t ready to change. Once again I conned myself with the thought…

I just need to control my habit.

So, in the Fall of 2011, I secured an internship at a local community mental health clinic. But, as much as I enjoyed helping others, I was drinking and smoking weed every day to deal with my anxiety. I felt like a fraud because I wasn’t doing my own work. And that just drove more using.

Nonetheless the agency offered me a job, but I never quit smoking weed. I actually convinced myself that they wouldn’t drug test me. So I went to the orientation… and lo and behold they handed me a cup and asked for a sample! I ditched out on my best career opportunity because of a drug test! I drove home enraged and disgusted. I wanted to drive off the bridge! That was it for Social Work for over 5 years.

I remember thinking, “This is a bad trip that won’t end!”  That vicious inner voice was really becoming reality. I knew I needed to make a change. So I reluctantly quit smoking weed in May of 2012. I told myself…

Weed is the problem.

But without weed my drinking went through the roof. I was drinking all vodka, all the time. I applied for a few jobs but I didn’t try very hard. From May 2012 through February 2014, I was drinking about a half-gallon of liquor per day.  I never even thought that was physically possible. 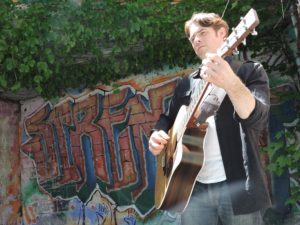 I got my first DUI in December of 2012. That shook me up and for a minute I was motivated to try recovery meetings again. That was February 2013 and I stayed sober through white-knuckle-fear for 53 days. I went to meetings, but I didn’t introduce myself as an alcoholic, I didn’t work any kind of recovery program. Near the end of March I drank again. I told myself, “I can drink, just not drink and drive.”  I said…

Drinking and driving is the problem.

In June 2013, I got a second DUI and went to county jail. Looking back, I realize, it takes a lot of honest work to defeat denial. I remember saying, ‘I don’t belong here,’ but really I did because I couldn’t make rational decisions once I started drinking.

This is when the light at the end of the tunnel really started to shrink. My life became a giant loop of self-loathing, anger, and self-medicating. I felt like all the dark matter in the universe was weighing down on me. If I was dead, at least I don’t have to deal with changing. I kept making deadlines to stop drinking, but I wasn’t ready. Killing myself seemed easier… but I couldn’t do it.

In January 2014, after three months of broken deadlines, I finally made the call to get help and get back into recovery meetings. I planned my last hurrah for Super Bowl Sunday on February 3rd, 2014. The next day, still hung-over and tired from the previous night’s pollution, I fell asleep behind the wheel and crashed into an oncoming car. Fortunately, no one was injured. I thought I was going to jail for sure. But I blew zeroes and the cops let me go. Walking home, I realized that this was one last chance to change before things got way worse… Still I went home and drank for two more days. Finally, I took my last drink on February 5th, 2014. After 20 years of drinking and drugging, lying, cheating, and corner cutting, I finally realized, “The problem is me.” And with that epiphany, came insight…

If I’m the problem, then I need to let others teach me how to change.

On February 6th, 2014, I decided to go to a recovery meeting… and then another, and another. Within a few weeks I was feeling some hope and that light at the end of the tunnel was growing. I made a commitment and got involved. I went to a lot of meetings. I got a sponsor. I saw a lot of people staying sober who were previously hopeless drunks and addicts. I figured, ‘If they can do it, I can do it too.’ And so I let them help me… reluctantly… but I let them. Through those relationships I came to believe in the positive energy of the Universe, in a Higher Power of my own understanding. I came to believe that the Universe wanted me to thrive. All along the Universe had been placing opportunities in front of me… but I ignored them. No more. 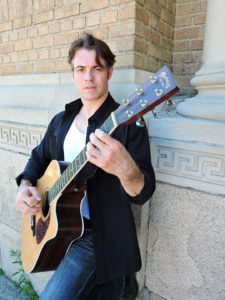 It was in recovery that I realized I had to do my own work to be helpful to others.

In 2015 I started working with people again by giving voice and guitar lessons. I wasn’t sure if I would return to Social Work, but teaching voice reminded me how much I loved working with people. My love of singing and music reminded me that all those vicious things I told myself for years didn’t have to be true.  I realized that my life could be different if I sang a different tune. I learned to sing myself a different story about who I was, who I am, and who I’m becoming.

Evan now works full time at Greenbriar as the evening Intensive Outpatient Therapist. His new song, “Roll Away the Stone,” is all about his struggles with addiction and new life in recovery.

If you’ve been inspired by Evan’s story and you’d like to contact Evan for therapeutic services, including musical interventions, please call Greenbriar Treatment Center’s Wexford office at 724-934-8435. 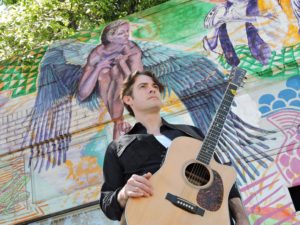