If someone says to me, “The Yankees are the greatest team in baseball,” and I’m a Pirates fan, I want to defend my team. However, if I go about that and I say, “You’re wrong. I can’t believe how wrong you are. You’re so incredibly foolish, how could you even think a thing? The Yankees stink!” What would the Yankees fan most likely want to do? Defend their team, no doubt.

The trouble with this time of mutual “you’re wrong” approach is that it runs the conversation in circles.

For those of you who are “Cheers” fans, there’s an episode where a scenario just like this occurred. When an obnoxious Yankees fan enters the bar and rips on the Red Sox, Carla – the hotheaded waitress – physically attacks the patron in defense of her town, her team, and her friends. It wasn’t until later in the episode that she learned to master her emotions that she could take a blow and not take offense. She then no longer felt the need to attack back, but rather, was content with knowing the truth in her heart. 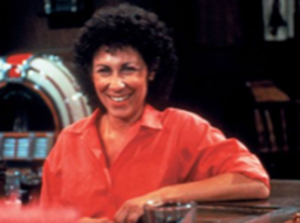 In an ironic and karmic turn of events, the obnoxious New York fan ends up accidentally running his mouth in front of an actual Boston Bruins player. The player then offers to walk the man to his car, promising to show him “some of those sissy moves he got suspended for.”

But what if instead of saying “you’re wrong” and attacking, Carla (or I) had said, “I disagree. I see your point, the Yankees have won the most MLB championships, but for me, the Pirates will always be my favorite team. Roberto Clemente is a hero of mine. I love Free-T-shirt-Saturdays at PNC Park. Primanti sandwiches are the best and the view of the three rivers and city is unbeatable.”  Not quite as threatening, is it?

If your goal is to be an effective, assertive communicator, saying “I disagree” is always better than saying “You’re Wrong.”